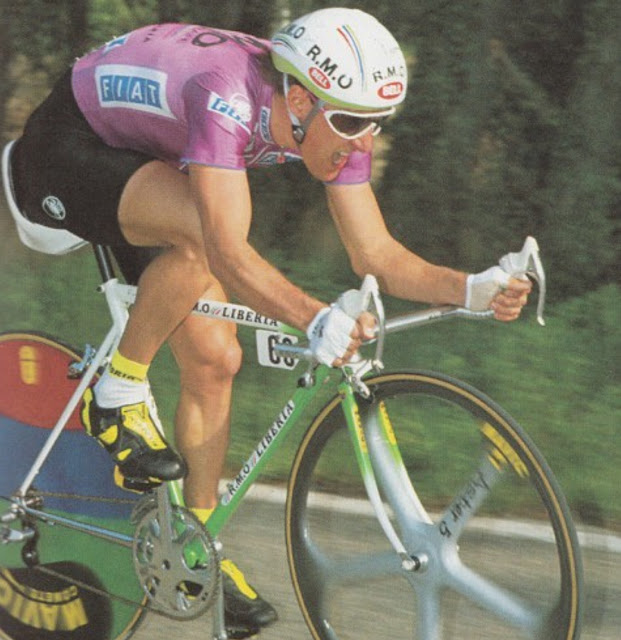 Known throughout the peloton as a clean rider during his career, Charly Mottet was pure style on the bike. He won the Criterium du Dauphine on three occasions (1987, 1989, 1992). Here he is looking cool on his TT bike in 1989. Note the extra leverage saddle and the bull horned TT bike.