A half day in Hell 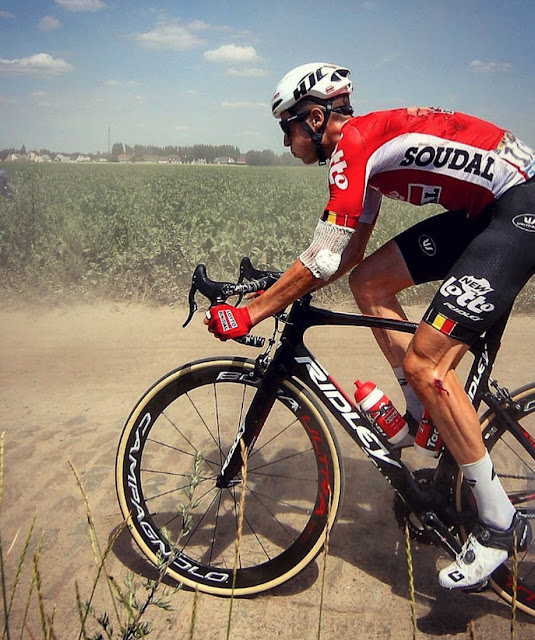 Rigoberto Uran lost minutes, Richie Porte is out and many riders just had to survive over les paves to Roubaix. I don't know what it is with Porte, misfortune seems to follow him. It's not confirm but he maybe riding the Vuelta. Mastering the cobbles was one man who also overcame his 2016 accident  - stopping any lingering doubts was John Degenkolb.

"I was not thinking anything. I was just focussing on the race, trying to stay calm. I felt really good, and then you don't need to think."
- John Degenkolb

"I was on the ground before I knew it and straight away felt pain in my right shoulder. We had a great first week and I'm so disappointed that I won't be continuing to Paris. I hope to recover as fast as possible and get back to racing."
- Richie Porte 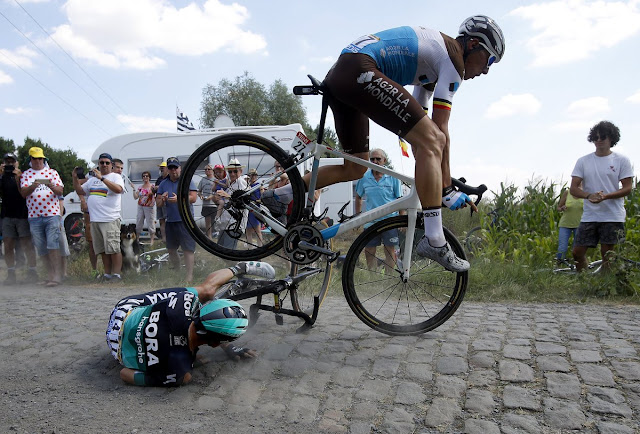 "I think everyone just locked up. Mikel Landa came down and I was just behind him. I grabbed a handful of the brakes and went into the back of him, and went over the handlebars really."
- Dion Smith, first Kiwi to wear the polka-dot jersey.

"I enjoyed the day. I'm not sure it's a Sunday in Hell but it counts as a half day in Hell."
- Dan Martin

"The cobbles aren't made for bicycles."
- Oliver Naesen

"A stage like this has no place in the Tour de France. A couple of sectors of cobbles, sure, but we've seen guys crash out today. There's a bunch of climbers here who don't do this style of racing apart from today. So you have a bunch of guys who can handle themselves on the pave and another bunch, that can't. That's the difference"
- Matt White, DS Michelton-Scott 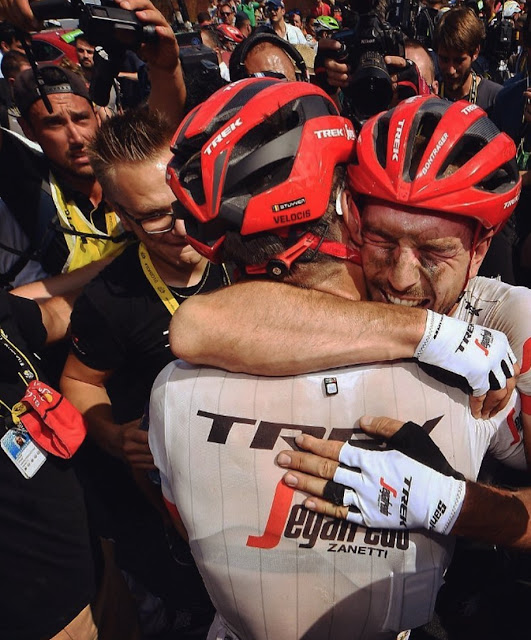 Master of the cobbles: John Degenkolb 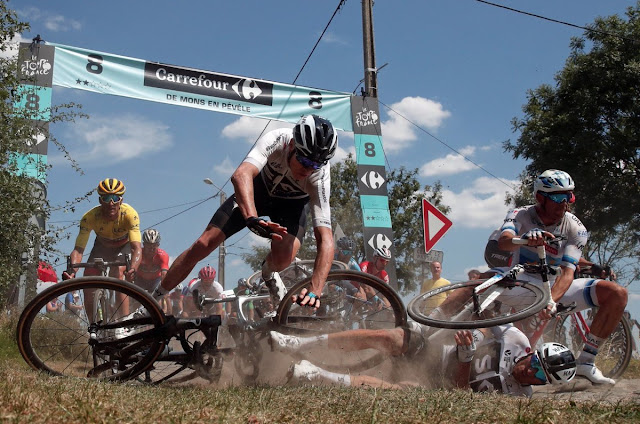 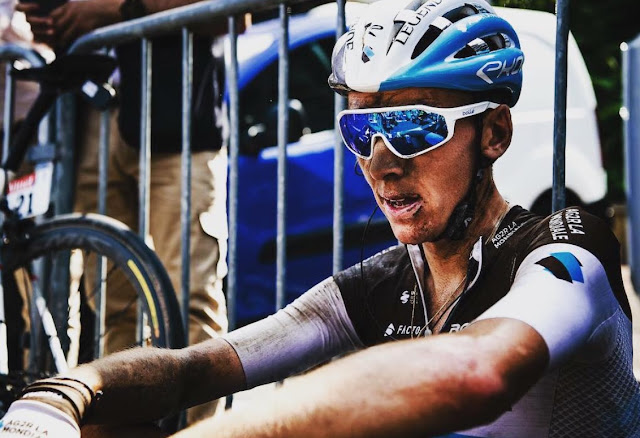 Romain Bardet crashed and punctured but survived and did not lose too much time.
He's showing he is on form and adept on le paves.