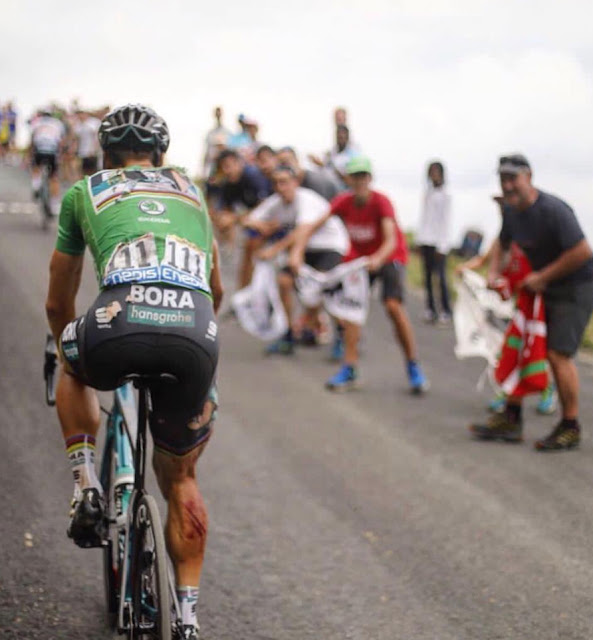 Yesterday's stage was eventful with the pepper spray incident aimed at striking workers (inadvertently hitting many riders) and Philippe Gilbert's brutal crash that took him out of the race. Today's short, brutal mountainous stage included a strange F1 start that was Nairo Quintana's resurrection. He last won a stage in the 2015 Tour and after today's impressive victory leapt to fifth overall. I don't think I have ever known Peter Sagan to crash, his bike handling skills are exceptional but he did crash off the top of the Col de Val Louran-Azet. Hopefully he will start tomorrow and finish the Tour with the Green Jersey.

One mountain stage remains on Friday and the TT stage... It promises to be decisive and I expect more fireworks.

"I made a mistake. I crashed on a corner. I was braking but it was not enough. I flew into the forest and I hit a big rock with my ass."
- Peter Sagan

"He's an animal."
-Daniel Oss, asked if Sagan could continue the Tour. 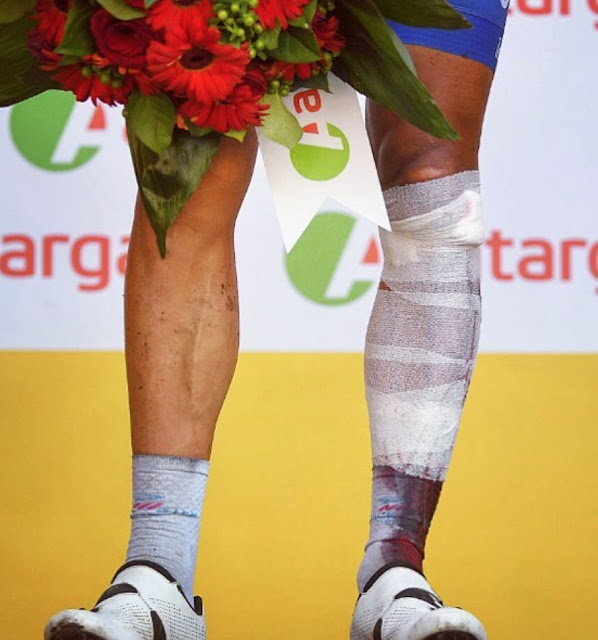 Philippe Gilbert's mangled leg as he accepts the combativity award.
He rode the last 59kms with a broken knee cap. 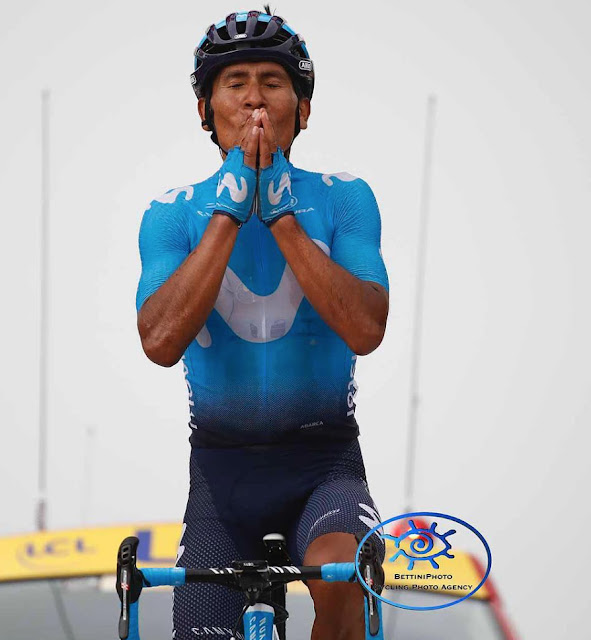