give women wings to cycling 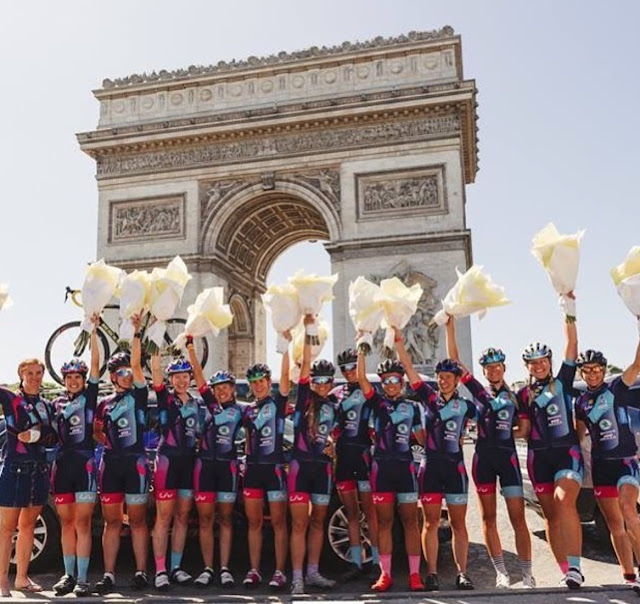 Time for a change

These ladies of Donnons des elles au velo deserve a high mention after riding the entire Tour course (before the men) without television coverage.

Time for a women's Tour... Hey UCI, are you listening?

These 13 women rode every stage, every kilometre of this #tourdefrance ahead of the men. No podium, no prize money. Just proving that women are capable of this monumental effort, same as the men.The team, called "Donnons des elles au velo" (@Donnonsdesellesauvelo) is a play of words meaning ‘give women wings to cycling.’ The project started with just three cyclists in 2015 and has grown each year. This year's team had had about half the riders having done the Tour before.