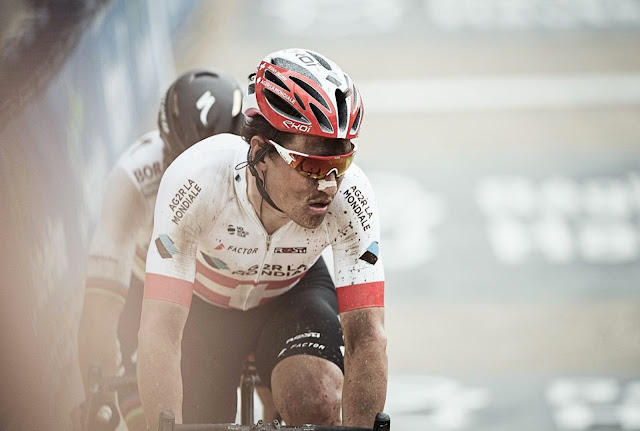 Perhaps finishing as runner-up is a fantastic achievement in Pro cycling. Silvan Dillier did so with great aplomb in Paris-Roubaix especially when Peter the Great Sagan wins. Dillier was a 750-1 pre-race outsider whose Roubaix record had been one start, one DNF. He broke his left little finger at Strade Bianche on March 3 and quickly went back into riding winning Route Adélie one-day race. His team-mate Rudy Barbier was injured and Dillier wrapped his broken finger and was drafted into the Ag2r Mondiale line-up for Roubaix. What a under dog ride he did.

"It's mad. Five weeks ago, I broke my finger. I never imagined I'd be able to do that on the pavé. To be on the podium on Paris-Roubaix is crazy. He's a tank that Sagan." 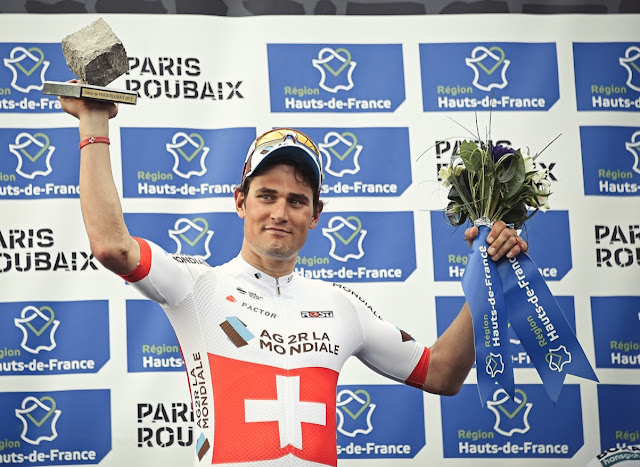 The first race in the Italian calendar starts with tomorrow's Trofeo Laigueglia. To wet your appetite enjoy last year's race!