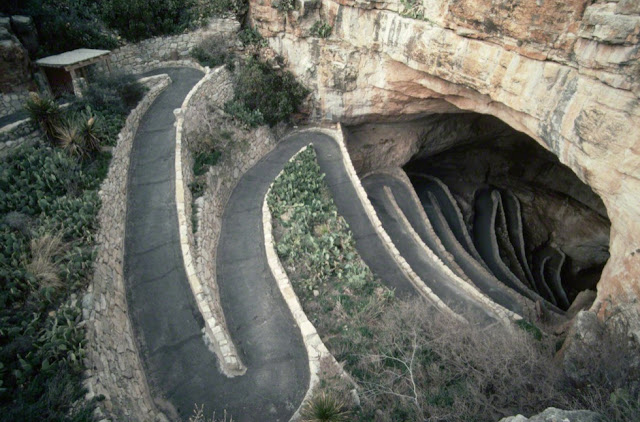 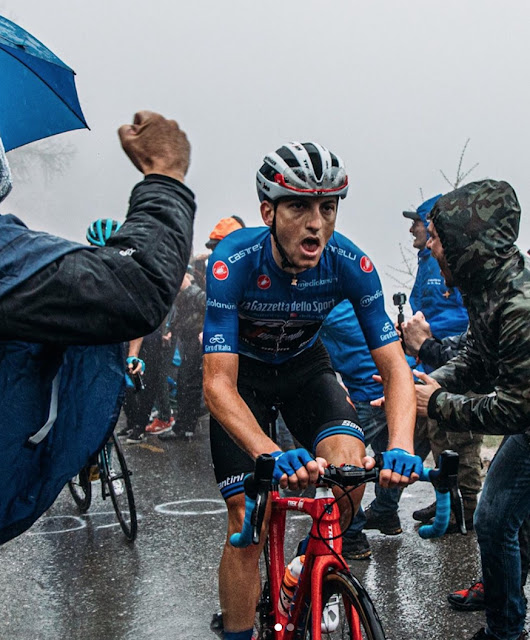 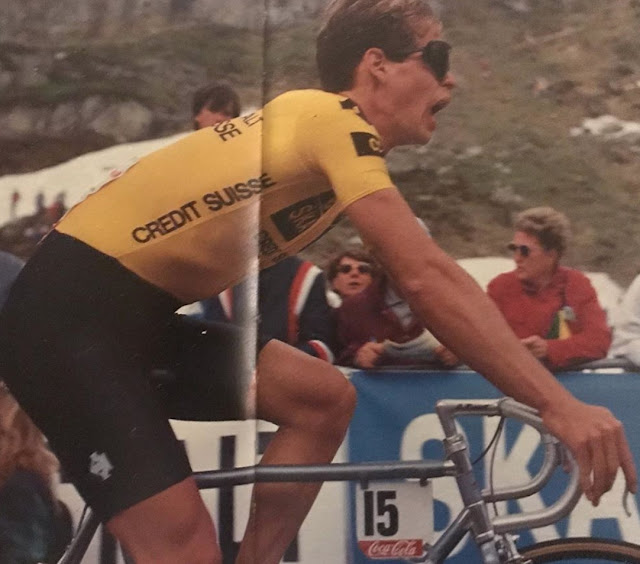 He struggled during the Spring in his debut year with La Vie Claire and was uncertain to make the Tour team. His Swiss performance would answer that. Nervous the evening before the prologue ITT, he did something he never did in the race season and enjoyed a shandy with Swiss teammates Guido Winterberg and Nikki Ruttiman. He relaxed and slept well enough to take the prologue ahead of more fancied teammates Hinault and Lemond. Nevertheless, he preserved to win the race and become the first American to win a professional national tour. 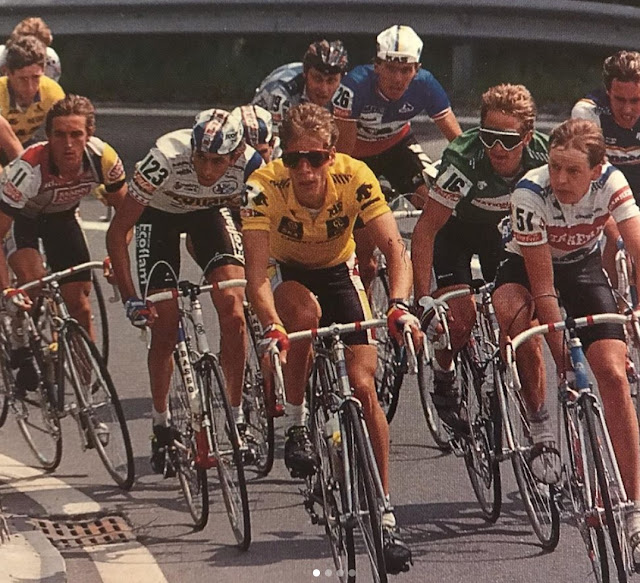