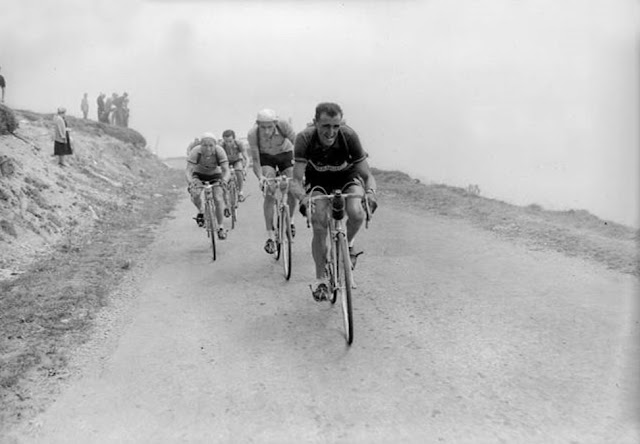 Pursuit of excellence from a humble start...

A total of 67 riders have worn the yellow jersey for just one day. In the 1952 Tour de France, Andrea Carrea was a domestique riding for Fausto Coppi and Gino Bartali in the Italian team. When a group rode clear with 140km into the stage to Lausanne, the gregario went with to protect his captain's interests. By the end of the stage, he gained 9 minutes, the highest ranked rider in the group and the yellow jersey. He was in tears fearing the wrath of the Italian team and Coppi. Instead of disapproval he was greeted with warm congratulations. Even though he deemed himself unworthy of the honour, Carrea was to be the first in the Tour's history to ride the Alpe d'Huez in the maillot jaune. He would happily lose the yellow to Coppi (stage winner) that day but he remains the humble hero. 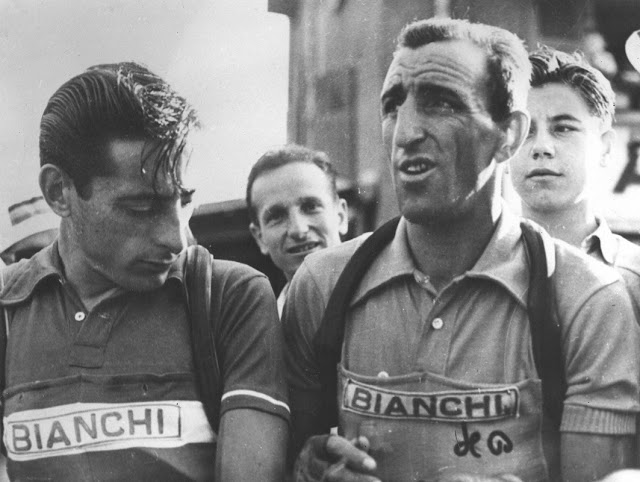 "Ours is certainly a very hard profession with terrible demands and painful sacrifices. Carrea gave everything to me. In return I offered him only money. I know very well that if he was not my team-mate he would earn much less, and when all is said and done he is happy and many of his comrades envy him, but I personally think he deserves more than he has the right to: a little of intoxication of triumph. I had a way of settling the debt: it was to let him wear the jersey for a few days. Do you know what he said to journalists the next evening after he had taken the jersey? That it was not right for a soldier to leave his captain."
- Fausto Coppi

"Only a brave soul can accept as ideal a job that involves tolling away anonymously and burning the energy surplus that makes the difference for the win, while giving up all hopes and dreams of entering the pantheon of cycling."
- Jacques Goddet in L'Equipe, paying tribute to Andrea Carrea