With will and application 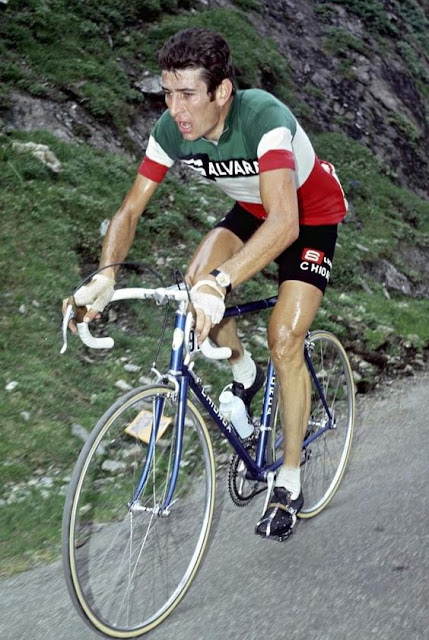 
The great Felice Gimondi sadly died of a heart attack while vacationing in Sicily. He was 76.

He was prolific and one of seven riders to capture the Tour de France, the Vuelta a Espana and Giro d'ltalia, which he won three times. Of his 135 wins also included a world road championship in 1973, a rare occasion he defeated his steadfast rival, Eddy Merckx. He conquered the cobbles and won the 1966 Paris-Roubaix, Milan-San Remo (1974) and the Giro di Lombardia (1966, 1973).

"Elegance, I didn't go looking for it at all costs. But I tried to look around me to improve my appearance. I dd not have a brilliant gift. But doing my job properly, with will and application, I succeeded."
-Felice Gimondi

"This time I'm the one who has lost."
-Eddy Merckx. 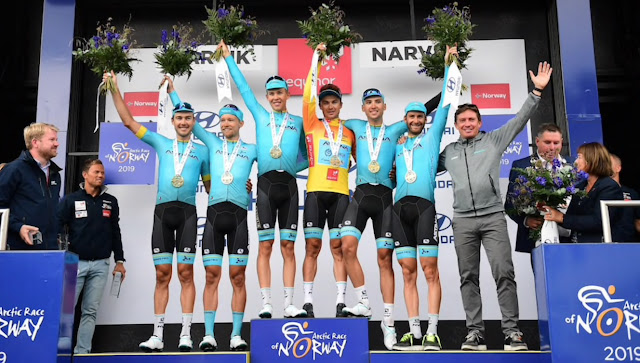 Canadian, Hugo Houle (second from right) celebrates with his team at the Artic Race of Norway.
photo: Astana Pro Team

"We had very high goals. Alexey Lutsenko, who had participated in the Tour de France, Magnus Cort, myself, we still had a big team. We had set the bar high, and we achieved all our goals. We managed to take the overall classification, the points classification and the team ranking. And, I'm 5th overall! I am very happy with the week we had"
-Hugo Houle

"People don't understand the type of work Hugo has done to be where he is on Astana, the role he has. This is what it takes to do that. He is next level. People don't realize how well he is climbing. He is a first-class super domestique and that's why a team Astana have him."
-Svein Tuft 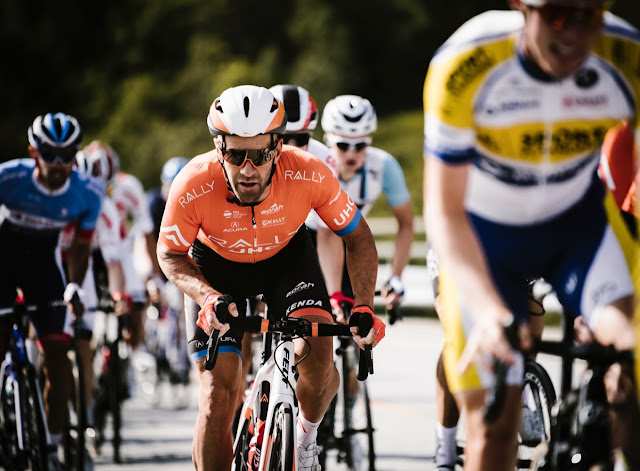 
Svein Tuft will retire after this year and he has some goals ahead, aiming for gravel tours...

"Right now that's not super clear. I would go anywhere in the world. I like being with people and doing epic trips. I don't want this to be your average trip. I want this to be something you remember for the rest of your life. I have loops that I do back home that for me, these places blow my mind. For example, from my house in Andorra you climb over a pass 2,300 m into Spain and drop down a gravel road. Go up the next valley. Hike up over a 2,400 m pass at the end of a gravel road into France and descent. You do some trail and gravel. It's just stuff that you would normally have no access to but with those bikes you can do everything."
-Svein Tuft 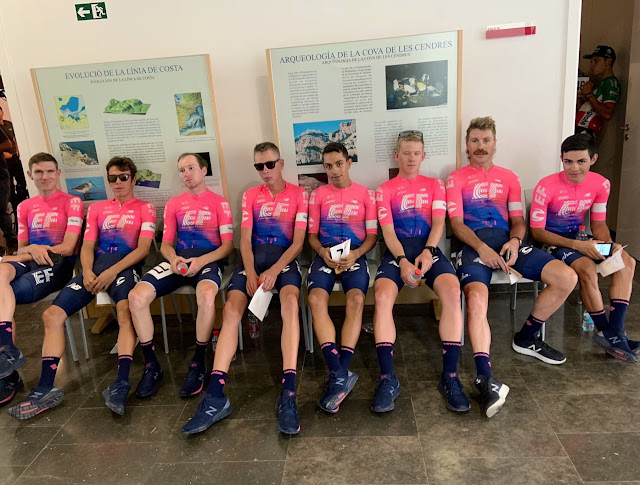 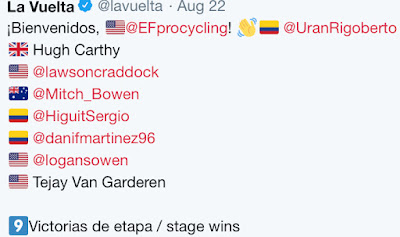 "The Vuelta is a beautiful race. I have won stages here but never been on the podium. That's a huge motivation going into it. This year has been a bit of an unusual year. I've had very few days of racing, and I felt good at the Tour, so I see a great opportunity here at the Vuelta, especially with the strong team we have racing."
-Rigoberto Uran