A glimpse over the Wall 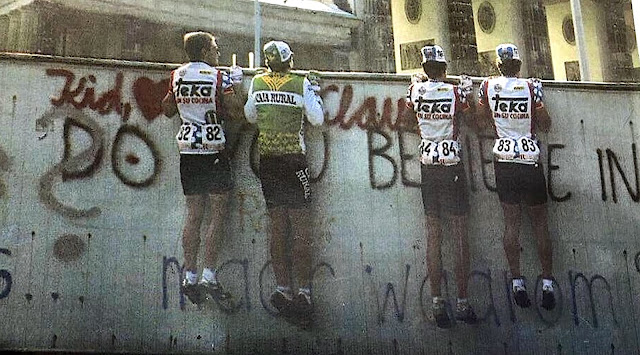 The 1987 Tour de France started in West-Berlin to celebrate that it was 750 years ago that the city was founded. It was the most political Tour of all time as well, just 2 years before the Berlin Wall and communism across Eastern Europe would fall. The tour included an amateur team from communist Europe and Polish rider, Lech Piasecki wore the yellow jersey as the leader of the race after the first stage.
#capsnothats Classic Cool cycling cap cycling nirvana Legend look back thrills & chills tip of the cap Tour de France