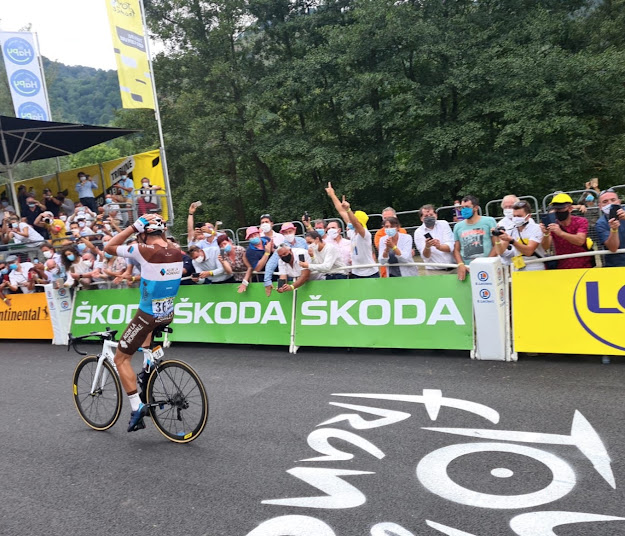 "This is the best victory of my professional career. At the same time, I only have two! I went to look for it in my way, in a mountain stage, in front of everyone. It's crazy. When we had a 12-minute lead, I knew we were going to play for the win. I thought to myself, 'Focus on winning the stage!'. When I dropped Zakarin on the descent from Port de Bales, I thought I wouldn't give up. I enjoyed it in the last 500 meters because I didn't do that last year in my stage victory at the Giro. What a day for our team. The stage victory, the polka dot jersey and Romain going very well."

"We're going move forward and there's really no point crying out there. I just don't think he has recovered from that crash on the first stage of the Tour. In the mountains it's also difficult anyway. He's been struggling since the second stage but he's managed to sgruggle and carry on.

We really felt he was feeling better but he's not at the same level as at the Dauphine, today was a really tough day for him. We're just going to have to recover, have the rest day and hopefully then look at stage wins or even the polka dot jersey."