Everything to play for 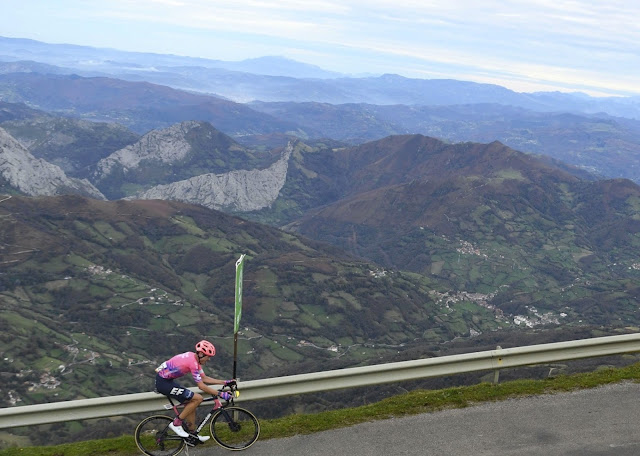 Hugh Carthy tamed the beast of the Angliru in 43 minutes 34 seconds... a high performance. This resulted in the sixth fastest time on record, bettered only by Roberto Heras, Chris Horner, Alberto Contador, Pavel Tonkov and Roberto Laiseka in the eight occasions since 1999.

Next week is going to be exciting. Especially for the public it's everything they want. A close race, going into the time trial. Everything is to play for."

"If I had one word for Hugh's victory today it would be 'grit.' You could see he was in real physical difficulty on the crazy steep sections, but he just dig in and fought to stay at the front. And I'm sure he was in all kinds of hurt when he attacked, but he timed it beautifully and had the grit to seal the deal. Now he's back on the podium and we've got everything to ride for. I'm excited for this final week to say the least.

I am cautiously optimistic that Hugh could pull off something really special in the time trial and then we will see from there." 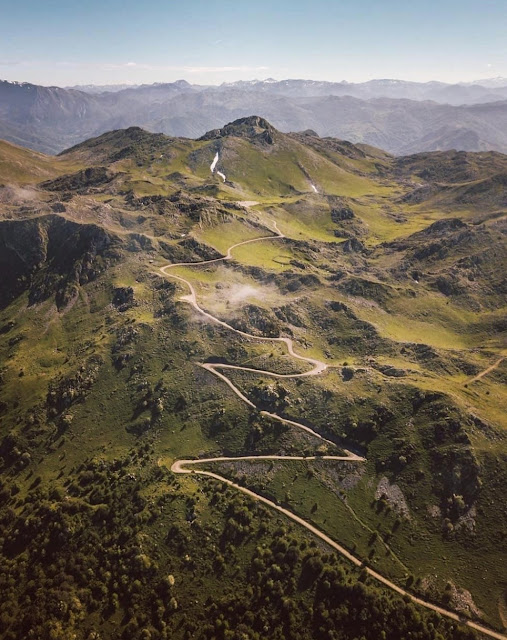 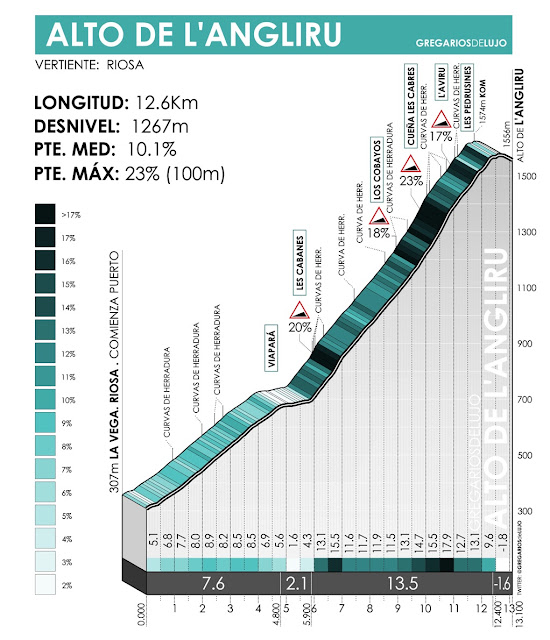 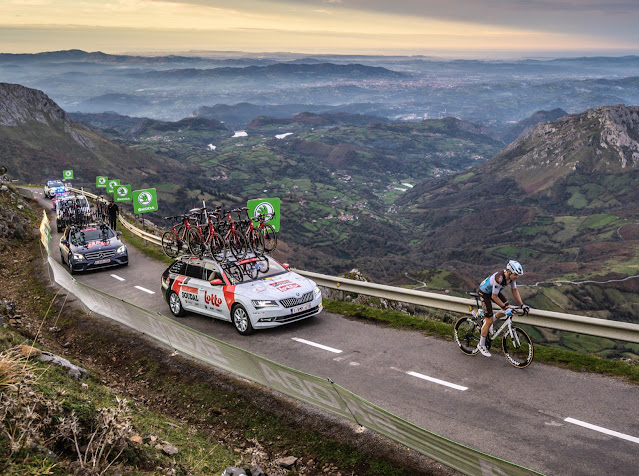