The Day the Big Men Cried 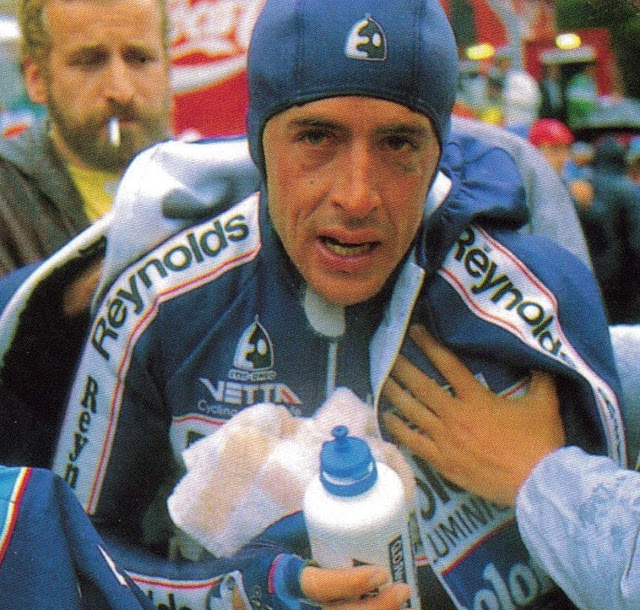 Pedro Delgado (10th place) at the end of the infamous Passo di Gavia stage, 1988 Giro d'ltalia.
The day after Andy Hampsten took the maglia rosa over the Passo di Gavia in the 1988 Giro, La Gazzetta dello Sport dramatically dubbed the stage, 'The Day the Big Men Cried'.
"After only one kilometre, I was bloody cold. After two kilometres, I was frozen to the core. After only three kilometres, I was laughing like a lunatic and passed Rolf Sorensen, screaming at the top of my lungs in an attempt to generate some warmth. After five kilometres, I was crying and about to slip into a frozen coma."
- Bob Roll
cycling nirvana favorite jersey's Giro d'Italia look back Mountain Fever Pedro Delgado