I was thinking of the stage not GC

"It was a long time, since 2016, that I was waiting for a win. I know my role in the team is to be a domestique; this win does not change this. Today was an opportunity for myself, and the team, and we did a perfect job.

It was a really hard and tough day. I managed to be in the first breakaway. I played my cards well there, I was smart, and of course Groupama, with three really strong guys, did most of the work.

I had a problem with my radio, I was without radio, so I had no info in the finale for time gaps. Then (director) Greggy Rast came to me in the car and told me 'you have to give everything; you have to drop everyone if you want to go for the stage and GC.' I was thinking of the stage not GC."

"It's disappointing that I couldn't keep the jersey because I felt like I was the strongest guy here. I think that I proved that on the climbs and in the race but it's disappointing. I came out of this race so well, so I really can't complain with how I'm starting off the year.

It's such a hard race to control and Trek are such a strong team. I knew that if I was going toe-to-toe with guys then I had a good shot at winning but just those few mechanicals cost us in the race. We had Hugo and Dan having mechanicals, and that meant that we had to slow the pace down to collect them again and if we had not done that I think that would have made the five second difference." 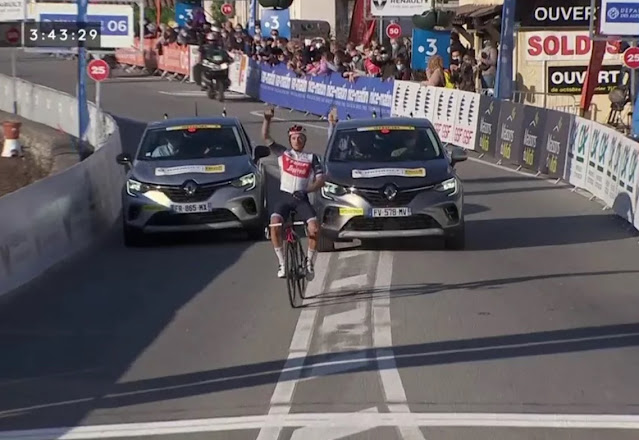