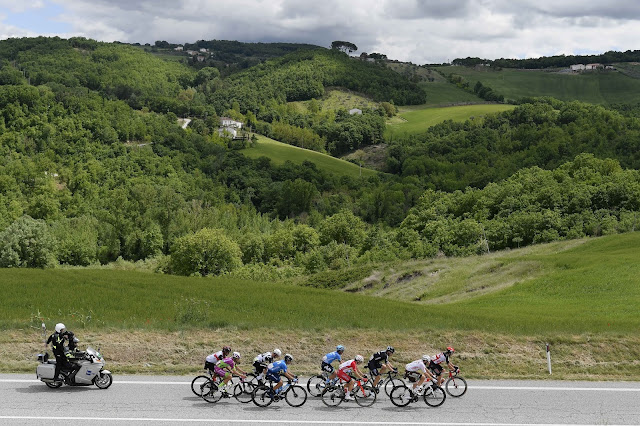 Victor Lafay (Cofidis) plays the waiting game in the 9-man breakaway.
"It's incredible, yeah, it was a very tough day, to get in the breakaway was very difficult. When it was gone, the peloton let us seven minutes. The finish was hard, but it was where I am the best. I was focused all day, and I am really happy I did that.
I knew they were not climbers, but Oliveira was I think the best one. I kept an eye on him, but I was confident in my legs. I don't believe it now that I just won."
-Victor Lafay. 1st professional win and ends Cofidis' 11-year drought without a victory at the Giro. 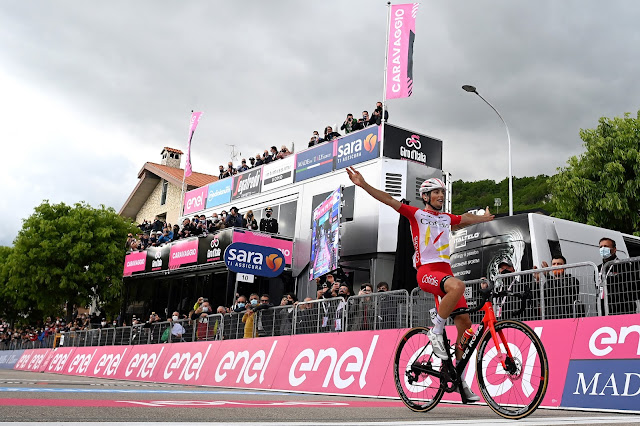 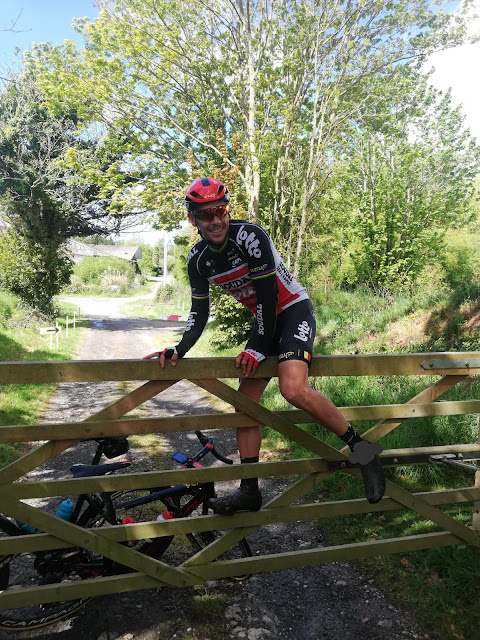 Every season I look forward to the Tro Bro Leon poster because you never know what it will be. For all curious cycling enthusiasts, the poster art promises beauty and originality. Last year was a no-go due to COVID-19 and tomorrow's anticipated Breton event has a Belgian rider in the person of Frederik Backaert as the poster star.

"Every year I put the winner from last year on the poster. Since there were no winners in 2020, I was able to draw Frederik Backaert on the poster for the 2021 edition. I decided on an 'A couple of months ago by asking for permission. He is an excellent rider who runs for a Breton team." 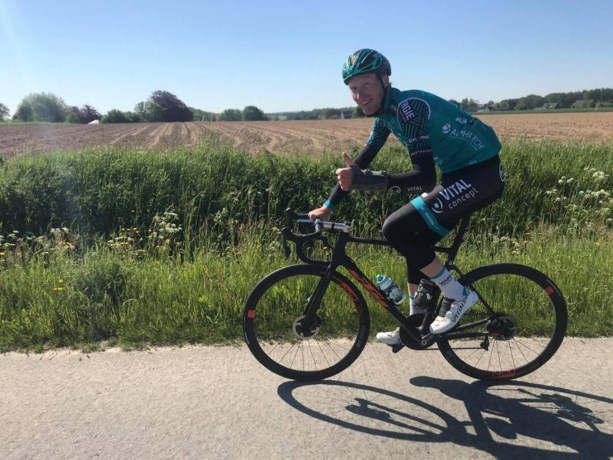 "It's a real honor for me because I'm not Breton! All riders in this region dream of being on the poster. This will remain since it will still be visible in ten years. Friends in Belgium are surprised and happy and they think it's very original." 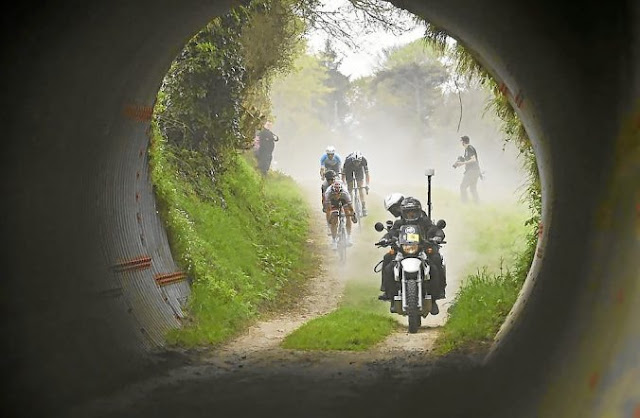 After the GP La Marseillasie, the Cholet-Pays de la Loire and La Roue Tourangelle, Tro Bro Leon is the next round of the Coupe de France. There is a lot of points for the winner, so French riders and teams are without a doubt extra motivated at the start of the Breton race.

Tro-Bro Leon is that one special one-day race mostly going under the radar by riders. Situated on the brutal roads in the Finistere region of Bretagne in the north-western corner of France and battered by the cruel Atlantic weather, Brittany is rugged and tough (think Bernard Hinault) and this race is no different. Tro Bro Leon is Britany's answer to Paris-Roubaix.

There are two winners.

First off, the man who crosses the finish line will have his name listed among the winners for all eternity, and secondly, the most celebrated finisher is the first Breton. I firmly believe the greatest prize in cycling is from Tro Bro Leon; the best placed Breton rider wins a... piglet.

First, run in 1984 as an amateur event it is relatively young but it feels like a race from a bygone era. Its gravel and cobbles tracks are used by the local farmers. There are 26 sectors about 30km of dirt, cobbles, and gravel known as 'ribinou', a Breton word that means, 'anything but tarmac'.

Jean-Paul Melloutet has another definition: his sectors should have a compact and unbroken surface scattered with small stone and a grassy ridge running in the center of the track. At 207km over punchy hills and 26 sectors of ribinou it's tougher than many Spring Classics. But, there is beauty in its smaller status.

Here's to Tro Bro Leon, aka 'Le Petit Paris-Roubaix, aka 'The Hell of the West'! 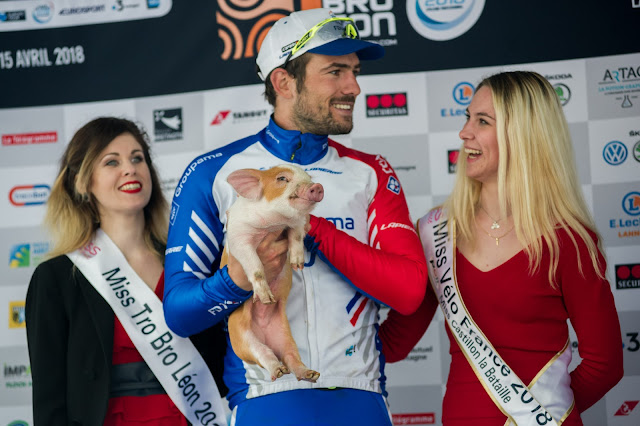 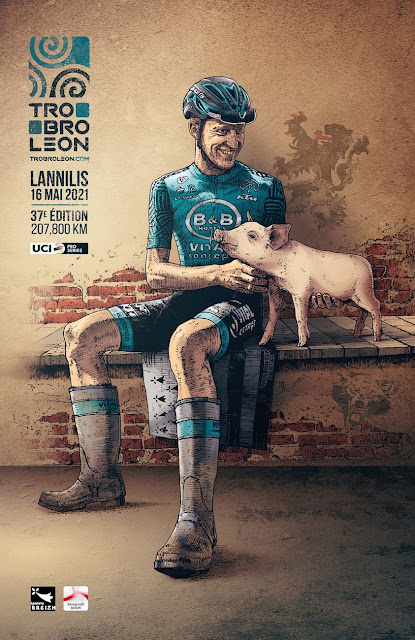 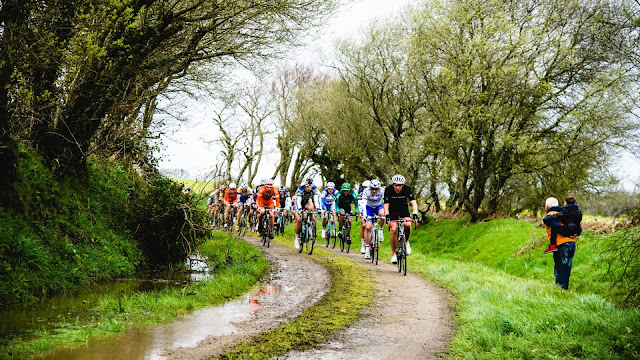 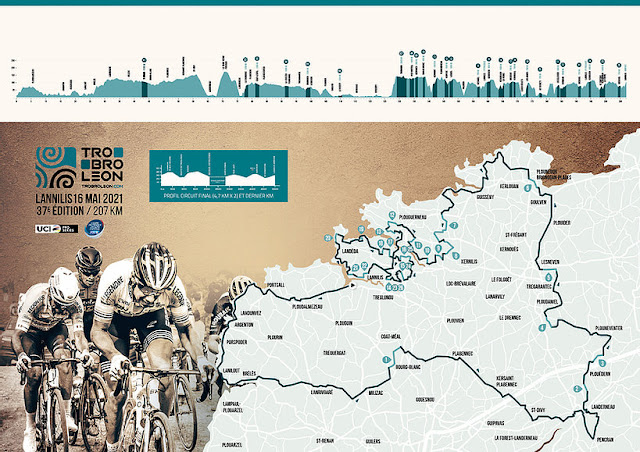