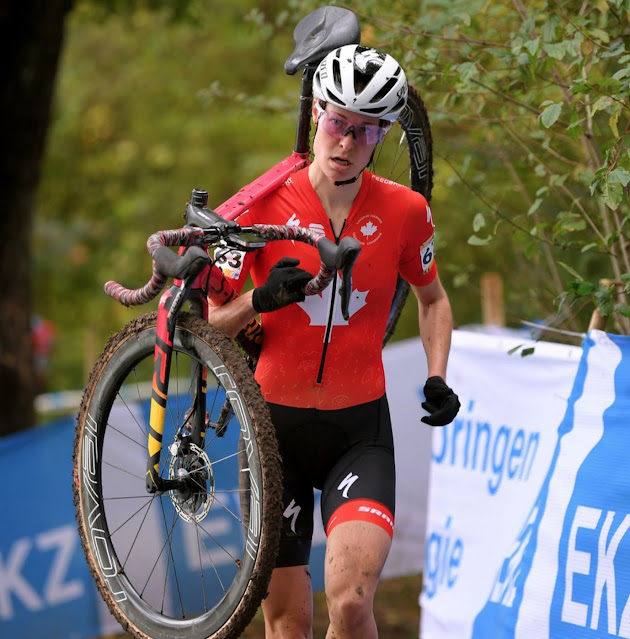 Fayetteville, Arkansas (January 28-30) will be the venue for the UCI Cyclo-cross World Championships and Canada will send a 26-rider team.

World Cup podium finisher Maghalie Rochette who has excellent credentials this season: pair of wins in Rochester (September), second place at the Besancon World Cup, third place at the snow impressive Val di Sole World Cup, and fourth in the Superprestige in Boom.

"I'm really happy with my season so far. I had some of the best results of my career and was more consistent than ever. I think it's realistic to aim for a podium, but I really want to start this race with an open mind and I don't want to set any limits for myself. I've prepared as much as possible, so my goal is to cross the finish line feeling completely drained, knowing that I've done my best.

"The new skills and experience they were able to acquire will carry them well into this competition and further into their careers. We have a great group of development athletes and veterans, and we look forward to seeing them perform against the best in the world.

Team Canada for the World Championships